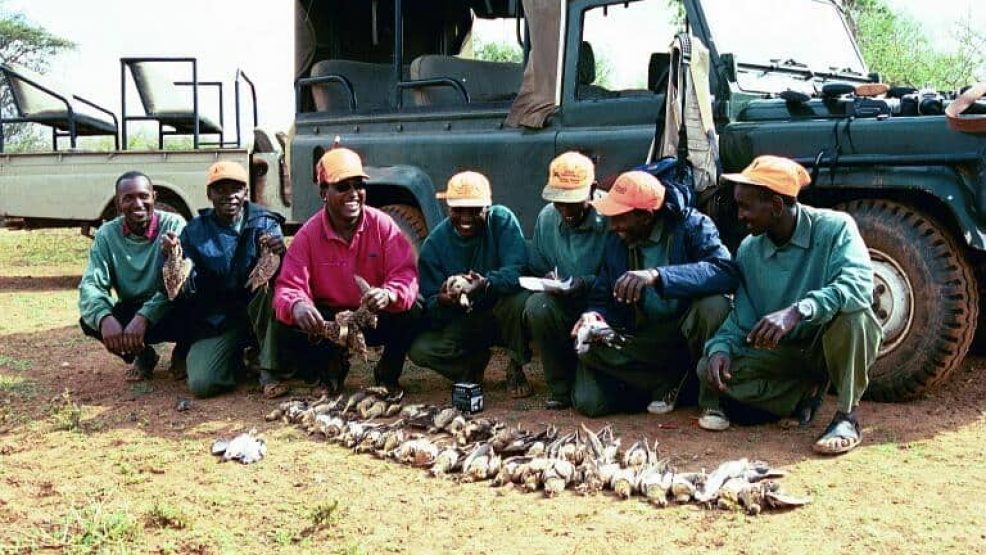 2015: PLEASE NOTE THAT THE BIRD SHOOTING IN KENYA IS CURRENTLY SUSPENDED. WE WILL ADVISE ANY CHANGE OF GOVERNMENT POLICY AS SOON AS AN ANNOUNCEMENT IS MADE.

Wild and Exotic have access to some of the finest bird shooting in Kenya, in two different regions in the north of the country. Shooting takes place during the dry seasons after which game birds have raised their young. These seasons run from the middle of July until 31st of October, and from 1st February to 31st March, although the best sport is usually had during the months of September, October, January and February. The shooting in Kenya is entirely natural with the emphasis on quality rather than quantity and is usually a combination of walked up and small impromptu drives, or in the case of sand grouse, morning and evening flights into watering holes. There is a daily bag limit of 20 sand grouse and 20 yellow neck spur fowl or guinea fowl per gun per day, but not any limit on the number of doves that can be shot.

In Meru we offer bird shooting within a private concession from the base of our comfortable Meru camp, which is a short charter flight or a longer road transfer from Nanyuki in northern Kenya, sleeps up to 12 guests and is also equipped with a swimming pool to cool off in after a hard day in the bush.

Our camp is situated in a remote corner of Meru National Park, which also has excellent game viewing opportunities including lion, leopard, cheetah, elephant, rhino and reticulated giraffe, as well as more than 280 bird species. The area across which we shoot is part savannah, but also includes riverine forest and swamps. After Meru we recommend a visit to the Chalbi Desert in northern Kenya for some of the best sand grouse flighting in Africa. Kalacha Camp in the Chalbi Desert is a 90 minute flight by light aircraft from Nanyuki, and consists of just 4 thatched rooms, a central dining and living area, and a swimming pool in the desert. In the evening Lichtenstein’s sand grouse flight in fast and low to the nearby water holes, whilst chestnut bellied sand grouse arrive in their thousands during the morning flight. Guests spend the intervening hours exploring the extraordinary landscape, visiting Lake Turkana, otherwise known as the Jade Sea, and meeting members of the colourful Gabbra tribe who come down to the palm fringed springs to water their camels each morning. We can also arrange fishing for huge Nile perch that inhabit Lake Turkana, and this is an exciting activity to enjoy between morning and evening sand grouse flights.

All shooting safaris are bespoke and guests can choose between as little or as much shooting as they wish. Please select the itinerary tab for Wild and Exotic’s recommended African bird shooting itinerary.

Departure date:  There are no fixed arrival or departure dates for bird shooting in Kenya, although we recommend a minimum 3 night stay at any one lodge.

Getting there: Nairobi’s Jomo Kenyatta international airport is the hub of East African air transport, and it has connections to most European cities. The flying time to Nairobi is approximately 9 hours from London.

Try not to miss: The Masai Mara for breath-taking vistas and unrivalled game viewing opportunities that reach a peak during the migration of plains game and attendant predators between late July and mid September. Wild and Exotic have a selection of camps and lodges chosen for location and style of management that will ensure you are up close and personal with the action. A short distance away lies Lake Victoria, where the attractions include fishing for huge Nile perch and searching for the rare roan antelope in Ruma National Park. The beautiful Chyulu Hills also stand within the Mara ecosystem, close to Amboseli National park where large herds of elephant roam the plains against the backdrop Africa’s highest mountain, Kilimanjaro, just across the border in Tanzania.

The northern plateau of Laikipia sits beneath Africa’s second highest mountain, Mt Kenya, and is home to vast private and exclusive wildlife reserves where the visitor can enjoy fly camping, walking and camel safaris. Meru National Park is another far from the beaten track destination in Northern Kenya where we work with two fabulous lodges in pristine wilderness settings. For the adventurous we recommend a visit to the Northern Frontier District and Lake Turkana – otherwise known as the Jade Sea – and the Chalbi Desert, remote and wonderful destinations for the intrepid traveller.

After the excitement of the bush we recommend a stay beside the Indian Ocean, where deep sea fishing, diving, snorkelling, diving, and other water sports await the energetic. In our opinion the best Indian Ocean destinations in Kenya are to be found on the less populated and beautiful northern coastline close to Lamu, where we represent a handful of stunning and exotic hotels.

Visas: All UK visitors require a visa. Visas can be purchased from the Visa counter at Arrivals in the airport, or visas can be applied for online http://kenyahighcom.org.uk/wp-content/themes/kenyahighcom/forms/Form-22-Application-for-Visas.pdf. Visa processing time after application and payment is seven days, and is US$50.

Weather: July, August and September are considered the best times to visit Kenya. June, November, December, January, February and March are also good times to visit. There are short rains in November, and long rains in April and May.

Why Kenya: It is often said that Kenya has been spoilt by mass tourism, and it is true that certain areas have suffered from exploitation. However Wild and Exotic have identified scores of remote and exclusive lodges in many different regions of Kenya, where the timeless beauty of this country remains as captivating and wild as ever. Few countries in Africa can match her extraordinarily diverse landscape that includes the fertile plains of the Masai Mara and the Rift Valley, arid deserts in the North, Lakes Turkana and Victoria, the snow capped peak of Mt Kenya, and the azure blue Indian Ocean. The standards of service and guiding are consistently high throughout Kenya’s national parks and there is no better country in the world in which to view Africa’s wildlife at its magnificent best. 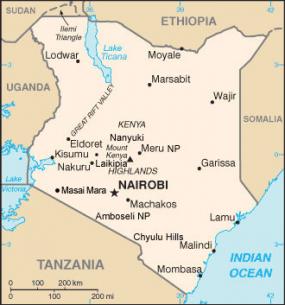 “Flocks of sand grouse appear out of the desert like swarms of bees – they make extremely sporting shooting and are delicious to eat, particularly for breakfast.” Wild and Exotic in Country Life Magazine