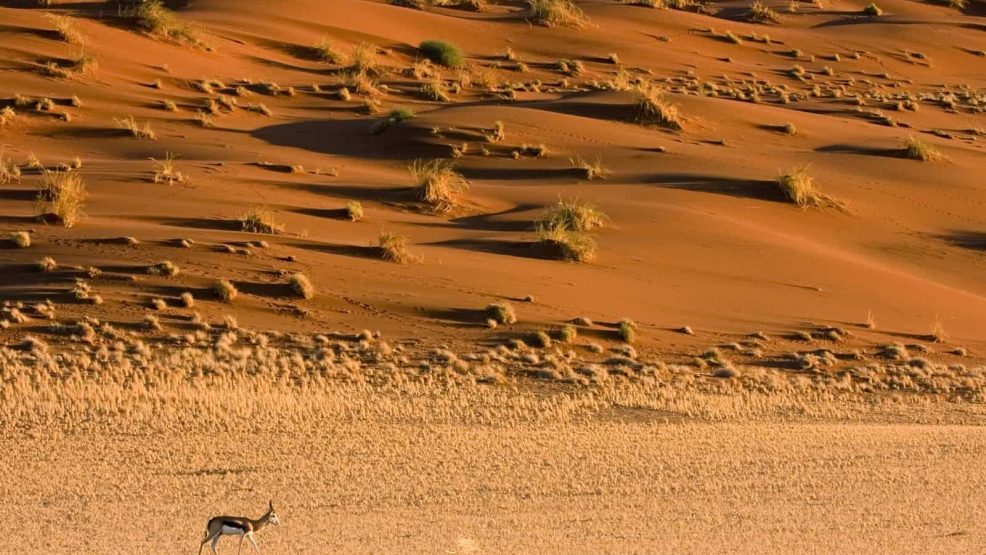 Getting there: Major airlines flying to Namibia usually fly via Johannesburg. Flying time to Johannesburg with British Airways is approximately 11 hours and then a further 2 hours on to Windhoek with South African Airways.

Time: GMT plus one hour

Try not to miss: Sossuviel, the Skeleton Coast and Etosha. The sand dunes of Sossusvlei are often called the highest in the world. Various arguments are laid out to support this claim, but all miss the point, which is that Sossusvlei is surely one of the most spectacular sights in Africa. Located in the Namib Naukluft Park, the largest conservation area in Africa, and fourth largest in the world – Sossusvlei is an excellent reason to visit Namibia. The Skeleton Coast National Park is one of our planet’s most inhospitable but hauntingly beautiful places; it is wild, desolate and uninhabited. Travellers have long mystified the Skeleton Coast with its intriguing stories of shipwrecks, desolate dunes and beach roaming carnivores.  But due to its harsh environment and long history under varying control and protection, few people have had the opportunity to experience this fascinating corner of the world. The Etosha National Park is 22 270 km² of saline desert, savannah and woodlands. A total of 114 mammals are represented in the park, including several rare and endangered species such as black rhino and black-faced impala.

Visas: UK passport holders do not currently require a visa for stays of less than 90 days.

When to go: Depends where you go. Best time to visit Windhoek is between May and September when it is cool and dry. November to March is hot with heavy rains. The Namib coast is best visited between October and March.

Why Namibia: Vast and remote wilderness areas. The chance to spot endangered wildlife in the fascinating national parks.

Wild and Exotic would be delighted to compose a bespoke itinerary for your trip to Namibia. Please contact info@wildandexotic.co.uk or 01439748401 to discuss your requirements. 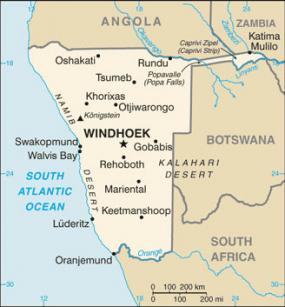 “Namibia was a great success and thank you for organising our trip, it was very good. The lodges were all well equipped and comfortable and the riding was brilliant.  For me Rhino Palmwag Camp was the best  although Skelton Caoast Camp was very remote and probably the best landscape.”