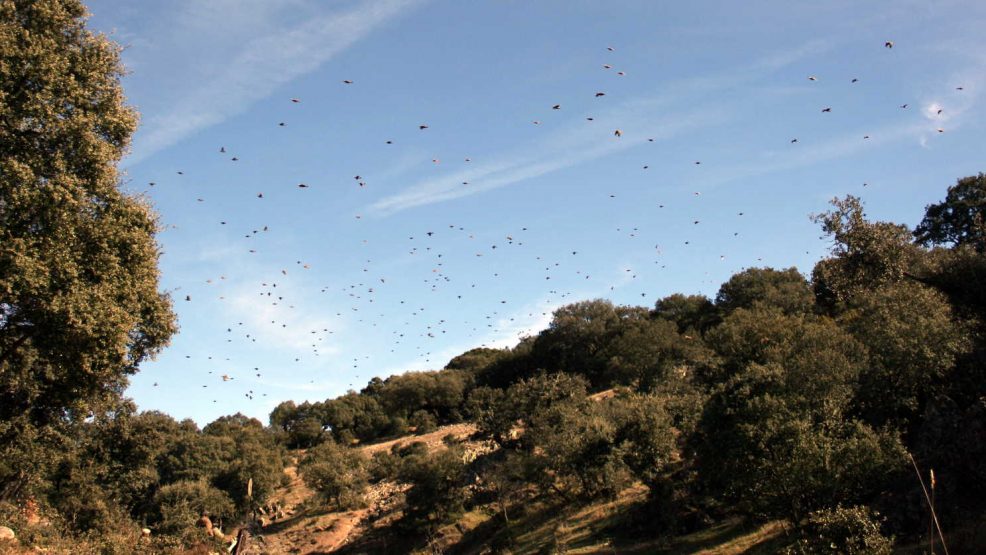 Spain has the topography and climate to offer superb red-legged partridge shooting, and the standards of organisation and professionalism at the best shoots leave little to be desired. The traditional Spanish partridge shoot used to be conducted twice a year as a cull, without the emphasis that is now placed on supplementing the wild population and producing challenging birds.

Some of the steepest and most exciting topography for driven partridge shooting is to be found in the glorious Salamanca region of Spain, where the season is extended by law to include February and March. The Sanchez-Fabres family employ 14 gamekeepers on three different estates, and each shoot day normally consists of four large drives, broken by a typically generous Spanish lunch, served under canvas by liveried butlers. Guns are accompanied by a personal secretario to record both the number of shots fired, and birds accounted for on a special chart. It is normal for a party of eight guns to shoot for two or three days at a time, with an average daily bag in excess of 500 birds. The price quoted varies according to the size of the bag, and includes collection to and from Madrid airport, together with all food, alcohol and accommodation.

The family own another lodge close by called Pedro Llen, a charming old fashioned establishment decorated with the heads of bulls bred on their ranch that were fought in the bullring by famous Matadors such as Manolette and El Cordobes. Guests staying at nearby Las Ahijaderas for shooting may request a tour of this fascinating property and a look at its taurine memorabilia.

Accommodation: Guests stay in the comfortable Las Ahijaderas Lodge, which is set in beautiful rolling countryside interspersed with cork and live oak trees. The 14 double rooms are spacious and centrally heated with en suite bath and loos; they have been converted from stable blocks in a beautiful courtyard where facilities include gardens and a large outdoor swimming pool. Meals are served in an adjacent dining and living room furnished with sporting trophies and tastefully decorated. The lodge is also the location of the office and the business HQ of the shoot. The food is excellent with delicious tapas served before dinner, together with wine, beers and liqueurs throughout.

Clothes: Salamanca experiences equitable weather almost all around the year, with mild temperatures although rain and colder weather can be expected during winter and early spring. The early part of the season during August and September normally enjoys the best weather. Traditional shooting clothes are fine, so also is less conventional clothing if preferred. The most important thing is to be warm and comfortable. Guests normally dress in smart but casual attire for dinner in the evenings.

Guns: Visitors from countries within the European Union require a European Firearms Certificate, without which it is impossible to import guns into the country. The EFC may have been provided by the issuing police authority along at the same time as a shotgun certificate, if not it is a straightforward procedure to apply for one from the issuing police force sufficiently in advance of your travel date, for which there is no charge. Provided this certificate is in place it is only necessary to complete a simple questionnaire, pay a small import tax (approx 10 Euros) and have the EFC stamped by the authorities on arrival. A maximum of 5 guns (rifles or shotguns independently) is permitted per person. The shoot organisers usually have a person on hand at the airport to assist with gun clearance into Spain. Guns are available to hire at a cost to be advised by Wild and Exotic. Cartridges are charged at  approx 8 Euros per box of 25. Advance warning must be given if 20 or 16 bore cartridges are required please.

Shooting: Each day’s shooting begins with the “tomelot” or drawing of pegs for the first drive. For the rest of the day, guns rotate their positions in each drive, staying in the order established by the draw. In the blind (or butt) a “cargador” or loader and a “secretario” or spotter accompany each gun. Most of the butts are natural, consisting of bushes and utilising the contours of the rolling terrain to take advantage of wind direction. Transportable camouflaged blinds are also used for some drives. The terrain is often steep and rugged in the areas where we shoot, allowing for testing and challenging birds. Please note that personal effects such as ear plugs are not supplied by the shoot organisers. At the end of each drive shoot staff pick up whilst the guns return to the vehicles for a drink. Lunch is normally served between the second and third drives, and there are normally 4 or 5 drives in a day during which a minimum bag of 500 birds is sought. At the end of the day a “Tableau” of partridges shot during the day is displayed. Non shooting members of the party can either join the guns in the field or visit the beautiful city of Salamanca for the day. In addition to driven partridge shooting we can also arrange the Monteria, a driven big game shoot, between the months of November to February. Please contact Wild and Exotic for further information.

Travel: The lodge is approximately 2.5 hours drive from Madrid international airport, which is easily accessed from many major European cities. Salamanca (Matacan) airport is just 30 mins from the lodge, and is available for private charter flights to land but there are no scheduled services to this airport. The shoot organisers arrange one complimentary return transfer for each group for up to 12 guests, however guests arriving at different times to the main group may have to either ask us to organise a special transfer (for which there is an extra cost) or take a taxi from the airport. We can provide detailed directions from the airport to the lodge if required.

Getting there: There are several flights a day to Madrid from London with major European airlines. Flying time from London to Madrid is 1 hr 30 minutes.

Try not to miss: Riding in the Sierra de Gredos (Gredos Mountains) to the west of Madrid during the summer months, and our partridge shooting itineraries in the province of Salamanca from September to April. Wild and Exotic currently offer no others destinations or activities within Spain.

Visas: Visitors from the UK do not require a visa in order to enter Spain. 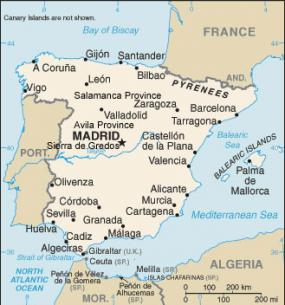 “We had a ball – it really could not have gone better, so a big thank you.”

“Could not fault anything about it at all, the whole family were brilliant and it was 100% success”